Mehwish Hayat is one of the top rising actresses in Pakistan. She is one of the most beautiful actresses in Pakistan who started her career as a model and won a number of awards from the plate form of modeling industry. Mehwish has not only shown her talent in Pakistan but also performed in UK, from where she won an international award for her modeling. After establishing herself as a model, she stepped into film industry with a hit film Insha Allah in 2010. She also has performed in a number of hit drama serial in Pakistani drama industry. Besides this she has also beautiful voice. She has recently performed a song in coke studio season nine. She is currently working in Dil Lagi drama serial on ARY Digital TV. Her latest film is actor in Law, which has released on Eid 2016. Here I’m going to tell you about one of the top actress and model Mehwish Hayat, about her family background and biography.

Mehwish Hayat belongs to a well known family of Karachi Pakistan. She was born and brought up in an open minded family of Muslims. She has two elder brothers named as Danish Hayat, who is also trying his best to make debut in film industry. Mehwish also has a younger sister Afsheen Hayat. She loves her beloved family and always celebrates her happy occasions of life with her beloved family. 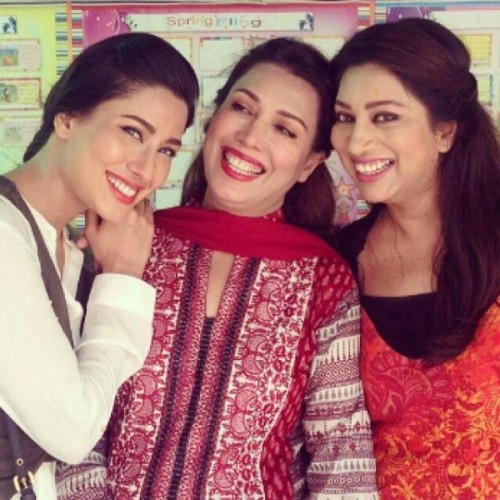 Mehwish Hayat was born to a former actress Rukhsar and his husband. Rukhsar is one of the well known actresses of Pakistan who has worked in a number of TV serials in Pakistan. There is no info about her father but we are trying our best to let you know about her father as early as possible so stay connected with us.

Mehwish Hayat is very open minded actress and model in Pakistan. She has not married yet but she is looking for the best soul mate. She also doesn’t date to anyone. As she takes any decision about her marital life, we will let you know soon.