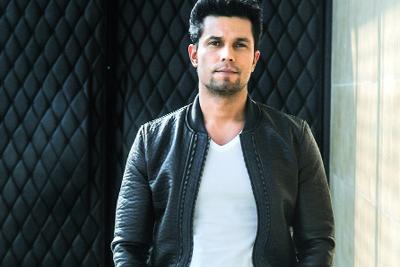 In this post I have presented you complete slide of Randeep Hooda family, father, wife pictures, biography. Randeep Hooda is an amazing actor and we have no doubt about it! He is a versatile and one of the talented actors we have in this Indian film world. He has done large number of Indian films and critics have all the time appreciated his acting skills. He has won and nominated for a number of note able awards due to his matchless acting talent in romantic and drama films. yes of course he is worth while actor who is not only handsome but also talented. Right from this post, you will be having a look at this biography, you will get to know about his father and mother as well as personal life details such as where he study, when he start career and how he pursue an acting and showbiz journey. Keep on reading to get that details:

It was in the year of 2001 when he made his acting debut. It was through the film Monsoon wedding. Then after taking a gap of 4 years, he appeared in the D film that was made by Ram Gopal Varma. He too did films like that Once upon a time in Mumbai and Saheb. He appeared in the Biwi aur Gangster. He managed to get much of the critical acclaim as well as praise from the film Highway and Murder 3. He did the film Kick and also Rang Rasiya. He did some of the stage plays so that his acting skills might get more polished up. He is an activist by profession and a blogger also by profession.

His date of birth is 20th Aug 1976. He was born in Harayna. His father name is Dr. Ranbir Hooda. He is a surgeon by profession. His mother name s Asha Hooda. She is a social work by profession. He has also an elder sister, her name is Dr. Anjali Hooda. For the information, his sister is a trained and a professional one US trained obesitynutrition specialist. Randeep Hooda has a younger brother, his name is Sandeep Hooda. He is a software engineer and currently he has been working in Singapore. His family is a Jat family.

It was from the time frame of 2004 till the time of 2006 that he dated Miss Universe Sushmita Sen. Then they had their relationship breakup. Randeep Hooda told the media that this relationship breakup was the best part in his life. When this breakup happened, then he started focusing on his career and started doing many of the film projects. He too had a girl friend named as Neetu Chandra whom he dumped because of his unknown reasons. In one of the interviews, he told the media that he has now found his dream girl and she is a Holsteiner breed. She is a show jumper from Germany. Hooda told the media that she is a sweetie pie and he is in love with her temperament.

Randeep Hooda personal and professional life details will more be given to you so stay connected.