Gauri Khan is one of the best Interior designers in India. She is not only a well known interior designer but also a film producer and wife of Shahrukh Khan. She brings the unique taste of interior designing with a rough appearance that makes it best in outlook.

Anjum Jung is the Bangalore based interior designer who is best known for adding its designing with the creative taste of the urban formations. He gives away his services in both the residential as well as hospital areas of concerns. Some of his perfect works of interior designers until now are somehow amazing Angsana Oasis Spa and also the awesome Resort all along with the beautiful Oakwood Service Apartments.

On the 3rd spot without any doubt, we have the name of Ambrish Arora! This interior designer was one of the well-known designers in 2015. This designer has been best known for expertise terms in designing the museums. His main areas of concerns are also included in the commercial as well as retail designing too. He moves into this field in the year 2002.

Tanya Gyani has named herself coming out to be one of the well experienced and best interior designers in India.  She has even spread her magic on the international level too where she has shown her artwork in Italy as well as Nepal and in UAE. Tanya has often worked on some interior designing projects on bars and restaurants too. She was honored with the award of an Elite student of Florence Design Academy.

On the top, we will be bringing up with the name of Sunita Kohli! She is one of the top rated designers on the interior category timeline. She created her very first furniture designing company in the year 1971. Sunita has always added her interior designing with some research-based form of work. She is standing on the top of the list of Famous Interior Designers In India 2019.

Almost all the interior based designers 2019 in India which we did mention right here for you are excellent with their work and artwork designing! Choose the best one for your house interior designing right now! 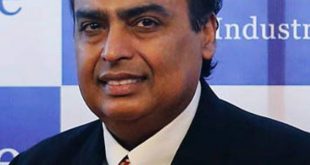