Madhuri Dixit Family Tree, Husband, kids, Age, Biography is written here. Who is not familiar with Kathak Queen Madhuri Dixit? She is also known as Dancing Diva and Dhak Dhak Girl. Madhuri is versatile actress, who earned a great name and fame in a very short duration and became one of the best actresses in bollywood film industry. She is a keen dancer since her childhood.  This stunning actress was born in Mumbai and studied in Divine Child High School and Mumbai University. She wanted to become a microbiologist but unfortunately she became an actress. She made her debut through Abodh in 1984, which was a considerable hit on Box Office. After this she didn’t look back and gave a number of hits like Tezaab, Ram Lakhan, Parinda, Tridev, Dil and many others. She also recived many award for her acting like Padma Shri and many others.

Madhri Dixit is one of the most successful actresses in India. She was born on 15 May 1967 into a Brahmin family. Her Father Shankar Dixit is very Nobel man and loves her daughter a lot. Madhuri’s mother Snehlata Dixit is a house wife and well trained classical singer. She also has two sisters named as Rupa and Bharati and one Brother Ajit. Madhuri loves her family a lot and spends most of her time with them. She is married woman and has two children. 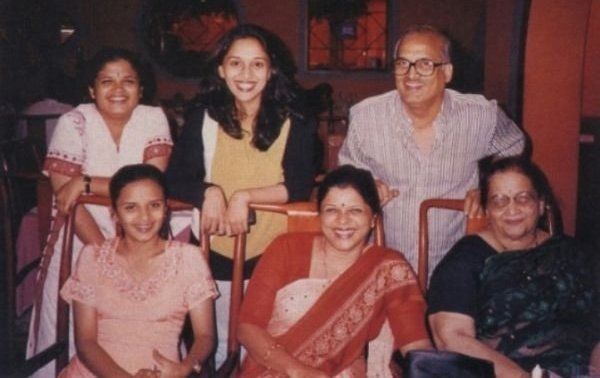 Madhuri Dixit is a married actress and spending very happy life with his husband. She married to Dr. Shriram Madhav Nene, who is a cardiovascular surgeon from Los Angeles on 17 October 1999. This couple has two very beautiful sons. They are living a very happy married life.

Madhuri is one the passionate dancer and known as Dhak Dhak Girl. She has two beautiful sons from her husband. Madhuri gave birth to his 1st son Arian in March 2003. After this she gave 2nd birth to her 2nd son Rayaan on March 2005. She loves her sons a lot and living with them in Mumbai.

This stunning dancer and versatile actress was born in Mumbai on 15 May 1967. She had celebrated her 49th birthday in 2016.