Raveena Tandon Husband And Family Photos, Father, Age, Biography is mentioned here. Who is not familiar with stunning actress Raveena Tandon? Raveena is one of the hottest and talented actresses in India. She earned a notable name in acting, modeling and production of the films. This stunning actress was born in Mumbai on 26th of October 1974. She stepped into bollywood film industry with her film Patthar Ke Phool in 1991 and won a Filmfare Lux new face award for her acting in this blockbuster film. This beautiful girl also received numerous awards for her outstanding performance like National film awards and many others. Apart from her filmy career, she was also a marvelous model. She is very kind hearted actress, she adopted two girls Pooja and Chhaya and took care of them.

Raveena Tandon is married and spending a very happy married life with her husband Anil Thadani, who is great film distributor. She loves her husband a lot and spends her most of time with her husband and children. They had celebrated their 12th marriage anniversary on 22nd February 2016. She has two kids from her husband. The couple gave birth to their first daughter Rasha in 2005, after this they also gave birth to a son named as Ranbir in 2007.

Raveena Tandon is one of the successful actresses in India. Her Father Ravi Tandon is a famous film producer and director of Indian film industry. He directed numerous hit films like Khel Khel Mein, Anhonee, Jawaab, Majboor and Khud Daar. 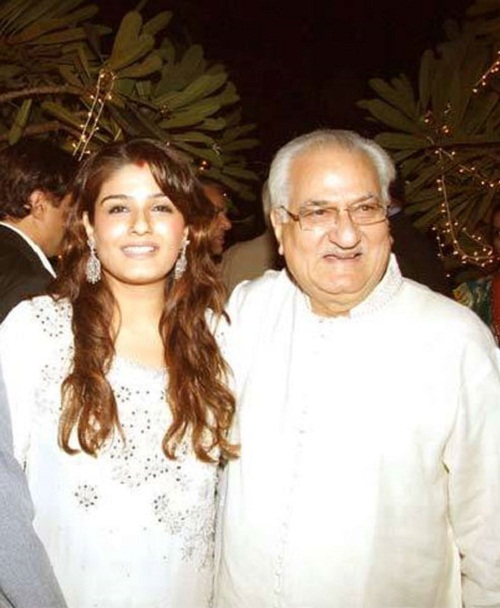