Top Famous Bollywood Singers Male 2018 List At Present listed here. Bollywood singers are the best singers among worldwide music industry. Everybody in this world listen to the music for mental relaxation and for fun. Indian music is best remedy for relaxation. Music plays an important role in one’s life. Music also considers the food of soul. Everyone likeness toward music is different, everybody have their own taste in music. There are a number of good singers in bollywood. Everyone is trying their best to become no 1 singer but it is not easy to become no 1 because competition among them is very tough. It is very hard to tell that which singer is best among them. Everyone is best until they perform worst and lost their career. A list of top bollywood singers 2018 are listed below. Also check Bollywood Female playback singers list.

Who is not familiar with magical voice of Arijit Singh? He is ranked no1 bollywood singer in 2018. It is all about his mystical voice which leads him to the top. He had learnt music and performed in many singing competitions. Now he is the best singer in bollywood.

When we are talking about top Indian bollywood singers, the name which comes in our mind is Ankit Tiwari. He is famous for his sweet and miserable voice. He belongs to a musician family that’s why he has a great interest in music.

Rahat Fateh Ali Khan is 3rd best singer of bollywood in 2018. He is famous for his great voice. He belongs to a musician family, he is nephew of Nusrat Fateh Ali Khan and son of a sufi Farrukh fateh ali khan.

Atif Aslam is another Pakistani, who is famous for his voice in India. Before joining bollywood he worked with his band Jal. He debuted in bollywood with his song Who Lamhe and became popular among them.  He is ranked no 4 in bollywood 2018.

Indian singing industry is totally incomplete without Punjabi rapper Yo Yo Honey Singh. He debut with his album Peshi in 2005. After this he became one of the top bollywood singers in India. Whenever honey comes on stage everyone start dancing.

This is the list of top famous bollywood singers male in 2018 at present. As any other singer will make his place in this list, we will also update it here soon. 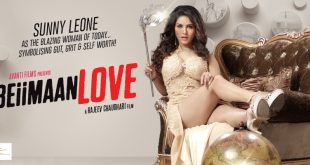